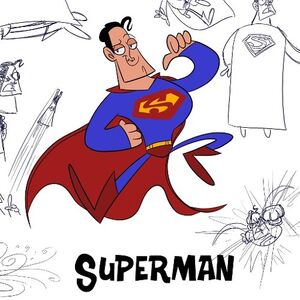 Superman was born as Kal-El on the alien planet Krypton. When his planet ended up being at the brink of destruction, his parents sent him to Earth to keep him safe, and he was adopted by the Kents. Years later, he learned about his origin and decided to become a superhero.

Other characters that know this character are...

This character appears in these episodes...

"Here's a thing this character said!"

Did you know that this character...